PARENTAL UNREST WILL NOT BE ALLEVIATED BY THE WEAK POLITICAL MANEUVERING EFFORTS OF DEMOCRATS: “New Education Department Effort Aims to Elevate the Role of Parents in Schools.”

The discourse around childhood education is increasingly centered around the pursuit of “equity” — equal outcomes for every child. While noble, equity fails to honor the role of individual talents, accomplishment and agency.

Here’s why all students need agency rather than ‘equity’

NEVER TOO YOUNG TO LEARN THE ABC’S OF ACTIVISM

TK IS NOT OKAY  Nobel Prize-winning University of Chicago economist James Heckman, a highly regarded expert on early child development, when asked about universal pre-K in a recent interview, said, “I have never supported universal pre-school. … No public preschool program can provide the environments and the parental love and care of a functioning family and the lifetime benefits that ensue.”

In California, parents are abandoning the k-12 system, college enrollment is down, and now the state is trying to lure 4-year-olds to transitional kindergarten.

According to just released data from the California Department of Education, the state has lost 110,000 students this school year, and has fewer than 6 million students for the first time this century. Additionally, on the college level, California’s fall 2021 undergraduate enrollment dropped by nearly a quarter-million students since pre-pandemic fall 2019, according to a survey released in January. The report from the National Student Clearinghouse shows that California saw an overall decline of more than 99,000 (4.3%) in undergraduate enrollment from fall 2020 to fall 2021, driven mostly by a 9.9% drop in the community colleges.

NO WORDS:  WATCH: Polyamorous, genderfluid ‘witch’ brags about how she teaches her preschool students about sexuality

This polyamorous genderfluid witch is a preschool teacher in Florida. She’s so proud of herself that she discusses her gender and sexuality with 4 year olds pic.twitter.com/XOuuX6by4w

IT’S ALL ABOUT THE UNION JOBS AND DUES, NOT CHILDREN: TK is Not OK

Low-income children who attended Tennessee’s highly praised preschool program performed significantly worse on every academic and social measurement by sixth grade compared to peers who did not attend the program, a recent high-quality study found.

THE ONLY REAL SOLUTION IS TO SEPARATE SCHOOL AND STATE: California Officials Raid Preschool & Interview 2 year-olds Over Covid Mask Compliance

DON’T THEY HAVE BETTER THINGS TO DO? California officials raided preschool, interviewed 2-year-olds over mask policies

THIS IS THE KIND OF STORY THAT NO ONE WILL CARE ABOUT UNTIL AN EXECUTIVE AT CNN OR MSNBC DECIDES TO LEAD WITH IT DURING THE PRIME-TIME NEWS: “National teacher shortage causes local concern.”

HOW ‘BOUT MOST KIDS: Pre-K Can Be Bad For Some Kids

MONTESSORI IS UNDOUBTEDLY GOOD IN THE EARLY YEARS, BUT I’M NOT SO SURE AFTER ABOUT AGE SEVEN. I could be wrong, though, and I’m certainly open to persuasion: Maria Montessori’s ‘Libertarian View of Children’

Maria Montessori’s ideas about education stem from the principles of choice, individual dignity, spontaneous order, experimental discovery, and freedom of movement. They stand in radical contrast to traditional schooling, too often based on authority, central planning, rigid instruction, and force. She once described children in such schools as “butterflies stuck with pins, fixed in their places.”

SURELY YOU’RE NOT SURPRISED? This is so obvious and has been known by parents for centuries or even millennia. In my experience, children need to be at home for at least six or seven years before going to school: State-Run Pre-K Resulted in Worse Educational, Behavioral Outcomes for Kids

IS THIS OK WITH YOU? Parents outraged as more schools push transgender materials on 3-year-olds

I’M NOT A PSYCHIATRIST, BUT THESE CALIFORNIA “HEALTH” OFFICIALS NEED SERIOUS HELP. They’re not fit to be around children. Today’s blacklisted American: Christian preschool shuttered by California for not keeping masks on two-year-olds at all times.

Now they’re coming for the children: California health officials, outraged that teachers at Foothills Christian Church Preschool could not keep masks on two- and three-year-olds continuously for nine hours a day, have shut the school down and banned its director, Tiffany McHugh, from ever working with children again.

This bears repeating: These insane health officials demanded that school officials keep the masks on little toddlers at all times, a demand that any normal human knows is impossible. Furthermore, even the slightest amount of research will tell you that there is no reason for the kids to wear masks in the first place, as young kids generally don’t get COVID — just like they don’t get the flu — and if they do it has been shown to be harmless in healthy children. 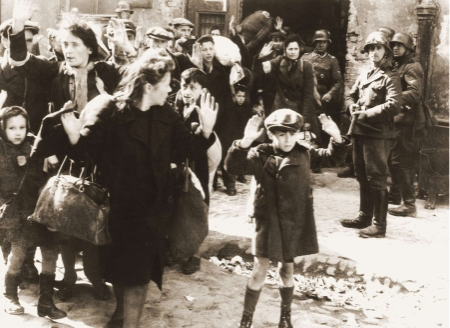