IF YOU’VE GOTTEN TO THE POINT WHERE YOU NEED TO PASS THIS KIND OF BILL, YOU JUST MIGHT CONSIDER THE POSSIBILITY THAT THE GOVERNMENT SCHOOLS ARE TOTALLY CORRUPT AND NOT WORTH SAVING. You might want to #JustWalkAway: Proposal would recognize parental rights to children … even in schools!

Sen. Tim Scott (R-South Carolina) has introduced a new bill that would prevent government-funded schools from concealing information about students’ gender preferences from their parents.

The bill, titled the “Parental Rights Over the Education and Care of Their (PROTECT) Kids Act,” would require elementary and middle schools that receive federal funds to obtain parental consent before changing a student’s gender markers, pronouns or preferred name on any school form. It also compels schools to receive permission from parents before allowing a child to use sex-based accommodations, such as locker rooms and bathrooms, that do not align with the child’s biological sex.

“Schools exist to educate children—not indoctrinate them,” said Scott. “A quality education requires input from those who know children best: their parents. Sadly, radical and secretive gender policies have shut parents out of the conversation and broken their trust. My bill will safeguard parental rights, improve the crucial relationship between parents and schools, and ensure that children can learn in an environment free from activist ideology.”

IMAGINE WHAT IT MUST BE LIKE IN A STATE SUCH AS MASSACHUSETTS OR CALIFORNIA? 5 out of 11 University of Georgia humanities departments have zero Republican professors.

STUDENTS OF THE WORLD UNITE! You have nothing to lose but the stupidity of those who rule you: Students walk out in protest over woke assistant principal who told staff to use their ‘straight, white privilege’ to back new gender-neutral homecoming royalty – after prom king and queen titles were axed.

PRETTY SURE THESE ARE THE WRONG PRIORITIES. I’m so old that I can remember when the government schools were nominally about, ya know, education as the priority.

CLOWN WORLD BECLOWNS ITSELF: Volleyball girls banned from locker room for refusing to change in front of boy masquerading as girl

Schools on American military bases, educating almost 70,000 children of service personnel, push the same anti-racism curriculum found in America’s most liberal school districts, with the goal of preparing these students for lives dedicated to a global citizenship meant to displace American citizenship and the American way of life. . . .

As part of delivering on the Defense Department’s diversity agenda, the Pentagon sponsored an “Equity and Access” conference in 2021, where teachers from around the military system delivered talks about promoting queer theory, “antiracism,” global citizenship, and left-wing activism generally.

The content was, to put it gently, enlightening. Military base teachers instructed their colleagues how to insert antiracist ideology into their classrooms through a simple, two-step process. First, cultivate a sense of guilt and discomfort in students through subtle accusations. Second, replace the previous complacency and comfort with a commitment to activism and a sense of mission about restructuring society and the world.

BUT THE TEACHERS’ UNIONS SAID THAT THEY WERE FOLLOWING THE SCIENCE IN CLOSING THE GOVERNMENT SCHOOLS FOR 18 MONTHS. What science? New study shows masks don’t stop COVID spread in schools

CAUSE IT’S THE SMART THING TO DO. On the other hand, rather than uprooting your family and moving to Florida, you could #JustWalkAway and homeschool: Anti-CRT Parent Advocate Leaving New York City For The ‘Free State of Florida’.

Say want you want about the tragedy of George Floyd, but the BLM protests and riots that happened over that summer are a direct result of covid lockdowns. Young people, bored and restless, having been cruelly isolated for months with no school, no playgrounds, no outlets save toxic digital media, were all of a sudden let out of their cages. The virtue of staying home to save Grandma was instantly forgotten. The new virtue was to join the protests and atone for the sins of slavery and Jim Crow. The level of hypocrisy was hard to fathom…By this past summer, the answer I had been avoiding was unavoidable. New York City is not savable. Not for a generation at least. Possibly not forever.

The current state of the US. pic.twitter.com/zKJIEAjlfF

THIS IS THE FUNDAMENTAL ISSUE. If objective truth is lost, then we return to the Dark Ages. Ivy league professor warns universities are eliminating meaning of ‘objective truth’ from classrooms

DISGRACEFUL . . . BUT NOT SURPRISING. The regime will do anything to stay in power. I hope someone is suing: Shock report: Universities get $3 million from feds after helping government censor election integrity stories.

The programs reportedly include the Stanford Internet Observatory and the University of Washington’s Center for an Informed Public, as well as the Atlantic Council’s Digital Forensic Research Lab and social media analytics firm Graphika.

They effectively facilitated a way in which government agencies can evade the First Amendment’s ban on government censorship with the help of Big Tech.

The consortium of tech scholars and consultants “set up a concierge-like service” in 2020 that allowed federal agencies like Homeland’s Cybersecurity Infrastructure Security Agency to file trouble tickets requesting online story links and social media posts be censored or flagged, Just the News reported, adding the group was successful at flagging more than 4,800 URLs.

Among items targeted were blogs and individual social media users’ content as well as news and opinion pieces from organizations such as New York Post, Fox News, Just the News and SeanHannity.com, according to the report.

“Their staff worked 12-20 hour shifts from September through mid-November 2020, with ‘monitoring intensif[ying] significantly’ the week before and after Election Day,” the outlet reported, noting much of the censorship was focused on election integrity issues of concern to conservatives.

RETURN OF THE “IT.” San Francisco Unified School District facilitates secret child sexual transitions and allows students to identify as “it.”

A DISASTER IN EVERY POSSIBLE WAY. NEVER FORGET THIS WAS BROUGHT TO YOU BY THE EDUCATION DEEP STATE: State data offer further proof that school lockdowns were a disaster for NYC kids.

JUSTIFY THIS. I DARE YOU: As Per-Pupil Spending Pushes $30,000, Performance Plunges

More than a year after the COVID-19 lockdowns, several major metropolitan school districts across the country are reporting record-level spending per student while enrollment dwindles. New York City, Chicago, Washington D.C., and Los Angeles have increased per student budget expenses in the last five years while academic outcomes have fallen considerably.

CPS performance has declined as well, according to the 2021 Illinois Report Card. Only 26% of juniors could read or practice math at grade-level. According to a report by Ted Dabrowski and John Klingner from Wirepoints, only 11% of Black students and 17% of Hispanic students were reading on grade level in 2021.

AND “YES,” WE MEAN LITERALLY ABOLISH THE GOVERNMENT SCHOOLS. 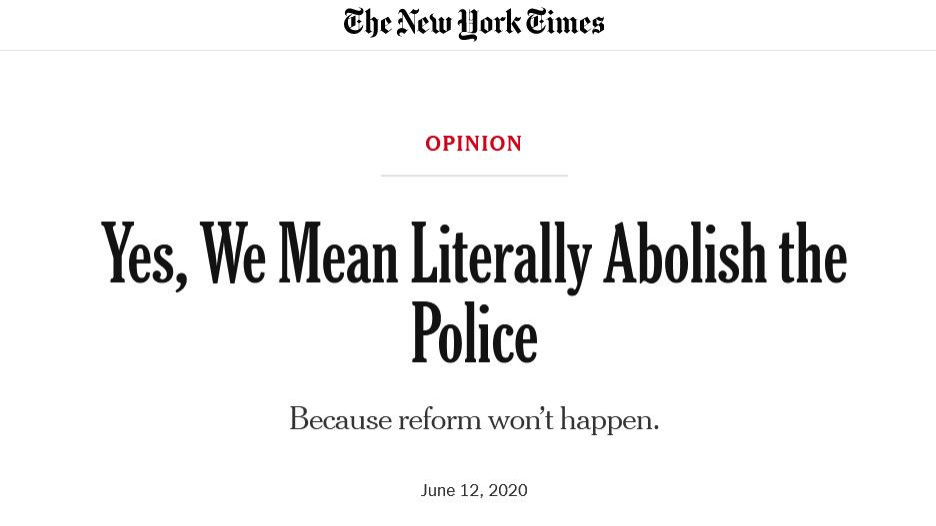 YOU MEAN THERE JUST MIGHT BE AN EDUCATION DEEP STATE AFTER ALL? Mom says school board tattled on her to Biden’s DOJ

RESIGNATION SHOULD BE THE LEAST OF IT: Garland urged to resign for ‘weaponizing’ government against parents