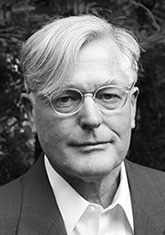 EdWatch Daily was founded by C. Bradley Thompson. Thompson is the Executive Director of the Clemson Institute for the Study of Capitalism and the founder of the Lyceum Scholars Program.  He is also a Professor of Political Philosophy at Clemson University.

Professor Thompson received his Ph.D. from Brown University. During his academic career, he has also been the Garwood Family Professor in the James Madison Program at Princeton University, a John Adams Fellow at the Institute of United States Studies (University of London), and a fellow of the Program in Constitutional Studies at Harvard University.

Thompson writes and blogs weekly at his Substack under the nom de guerre, “The Redneck Intellectual.” He has been writing on K-12 and higher education issues for over 20 years, including topics such as children’s and parents’ rights, school shootings, Progressive education, separation of school and state, and free-market education. He has also published essays for both academic and general audiences on a range of topics, including natural-law theory, Marxism, the reactionary Right, the so-called “common good,” the 2016 election, and the meaning of America.

Professor Thompson’s academic research, writing, and teaching focus on the history of political philosophy, with a special emphasis on American political thought. He has published seven books to date on a wide range of topics.

Professor Thompson is currently working on several book projects. His recently published America’s Revolutionary Mind is the first in a projected three-volume study of America’s Revolutionary-founding period. He also has several other book projects in various stages of development, including “Political Philosophy in the Age of Revolution,” “Our Killing Schools: How America’s Government Schools are Destroying the Minds and Souls of Our Children,” and “Why Be Moral?”

Thompson was born and raised in Ontario, Canada. For the first twenty years of his life, his time was devoted primarily to athletics. As a twelve-year-old boy, he played hockey (briefly) with the “Great One,” Wayne Gretzky. In 1978, he attended Queen’s University, where he played on the football team, which won the Canadian National Football Championship. In 1980, he placed third in the long jump at the Canadian Track & Field Championships.

During his high school and college years, Thompson set out to see America by hitchhiking (and walking) all over the United States, from Florida to Canada and from Arizona to New York. During those vagabond years, he “thumbed” his way along thousands of miles of deserted and rural roads in the Appalachian and Rocky Mountains, the deserts of New Mexico and Arizona, and the plains of Colorado and Kansas.

Thompson is married and helped (occasionally) his wife to homeschool their three children for 18 years.