JORDAN PETERSON RESIGNS: Why I left my post at U. of T.

NO SURPRISE THAT THIS DOOFUS IS A PROFESSOR OF EDUCATION: Penn State professor: Maybe masked drunk drivers should speed through ‘pro-covid’ neighborhoods

SIMILAR REPORTS COULD BE WRITTEN ABOUT MANY OTHER UNIVERSITIES: UVA and the New “McCrthyism” — An Insider’s Perspective

HOPE SPRINGS ETERNAL. A great article from EdWatchDaily’s very own George Leef: Yes, There Are Still Some Great Professors

A STATE THAT’S RUNNING OUT OF MONEY WASTES SOME MORE: Southwestern Illinois College to receive $1.4 million in state grants to promote equity

A CAMBRIDGE PHILOSOPHER EXPLAINS: How our universities became sheep factories

He’s writing about the UK, but the same thing is happening in the US.

NON-WOE VIEWPOINTS NOT WELCOME AT UNIVERSITY OF WASHINGTON: Hero of the Week

THE ACADEMIC LEFT’S VERSION OF ‘ETHNIC CLEANSING’: Why I am no longer a tenured professor at the University of Toronto

Jordan Peterson on the campaign against him and his students.

WHAT A BIZARRE MOMENT OF SANITY. Won’t last long, though. Promise. Continue to be vigilant if you still want to save the government schools, but why would you? State Superintendent Says She Won’t Approve Curriculum That Instructs Disabled Preschoolers To ‘Deconstruct Whiteness’

WELL, THERE IS ONE WAY TO DETERMINE IF WHAT THIS PROFESSOR SAYS IS TRUE OR FALSE. FOLLOW THE SCIENCE: Professor Calls Out Unqualified Women In STEM While His Own University Doubles Down In An Effort To Cancel Him

A major public university condemned one of its own former professors Monday after he said that many women are selected for engineering positions primarily on the basis of their gender.

“Half of the female STEM faculty in the US were hired over more qualified men,” Pedro Domingos, a retired computer science and engineering professor who has garnered more than 55,000 citations to his published works, according to Google Scholar, posted to Twitter.

PANDERING TO THE LEFT AND SCROUNGING FOR VOTES: Biden’s higher education agenda, one year in

YES, THERE ARE STILL SOME GREAT PROFESSORS: Meet a Rhetoric Professor Who Favors Empowerment and Opposes CRT

AND THEY KEEP TELLING ME THAT TEACHERS AREN’T PAID ENOUGH. Teacher who locked her child in trunk to ‘quarantine’ will not be charged

THE SCANDAL IS NOT THAT THE STUDENT LIED, THE SCANDAL IS THAT THE RHODES COMMITTEE CARES ABOUT SUCH THINGS RATHER THAN PURE MERIT. Sadly, the Rhodes Scholarship is not what it used to be. Student loses Rhodes scholarship after investigation concludes she faked poverty

SERIOUSLY, WHERE DO THEY GET THESE LOSERS? Zero-tolerance rule university president crafted came back to bite him

SURELY THIS IS NOT ABOUT GENDER POLITICS RATHER THAN A QUESTION OF IQ? Gender professor says biological sex is a ‘social construct.’

While  progressive academics often draw a distinction between gender and sex in order to position gender as a subjective concept, one California Gender & Sexuality Studies professor is taking transgender ideology to the next level, arguing that sex categories are “also a social construct.” 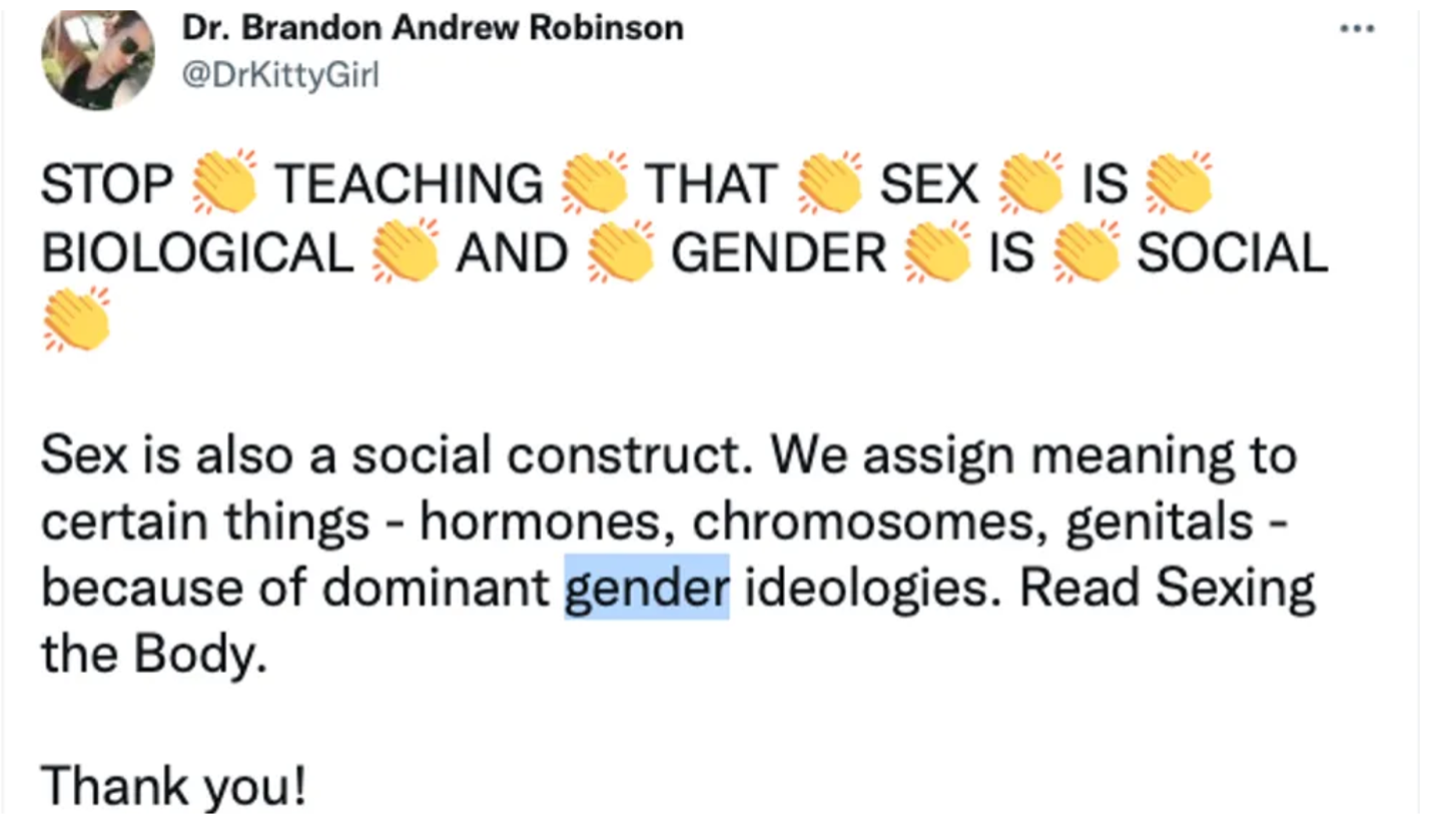 AT WHAT POINT DO PARENTS AND TAXPAYERS SAY ENOUGH!!! Is there any more corrupt and bankrupt institution in America today than the education system from pre-school all the way to the universities and beyond?  Universities received billions in COVID relief. Some are still imposing delays, remote instruction.