THE FAR LEFT IS FOR DEMOCRACY WHEN IT SUITS THEM; WHEN IT DOESN’T SUIT THEM THEY JUST EXPECT YOU TO SHUT UP AND OBEY: Parents Are Winning. That’s Why Far Left Is Turning Us Into Bogeymen.

Joyce has a long history of trying to pin blame on right-wing evangelicals. She has previously attacked international adoptions and large families only if they’re Christians (not any other faith, or lack thereof). So, it is not particularly surprising that now that parents from across the political spectrum are speaking up, she’s ready to blame it all on her favorite scapegoat: right-wing evangelicals.

Except it’s false: Parents from across every racial, demographic, ethnic, and political background are fighting against bureaucrats over who will decide basic questions regarding the education, upbringing, and care of their children.

It’s not just right-wing evangelicals. It’s parents from across the political, religious (and nonreligious), and demographic spectrums.

This is the fundamental issue of our time, or at least so sayeth our mutual, The Redneck Intellectual! 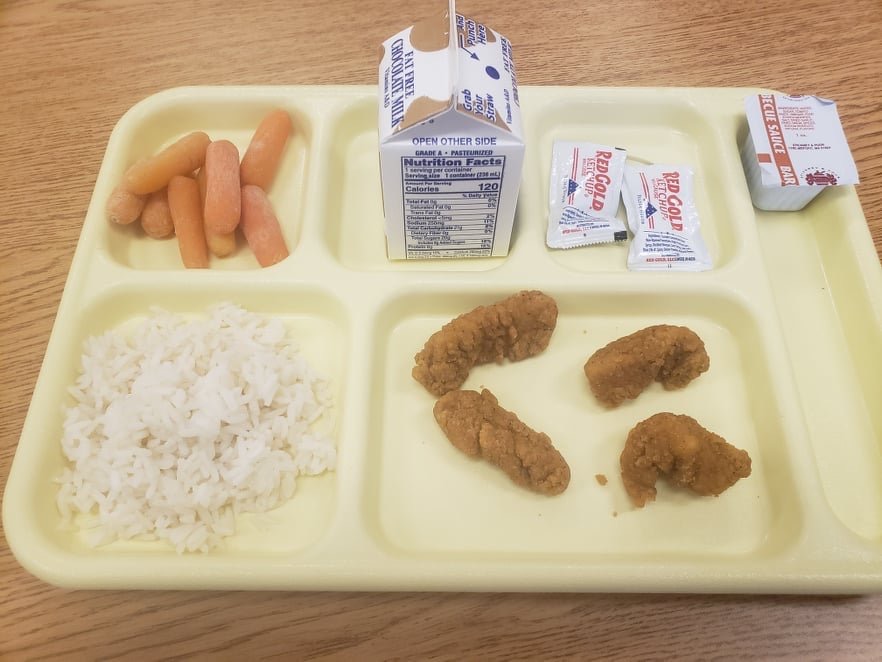 GEE, I DUNNO. Maybe abolish the government school system for starters: What Will It Take to Put K-12 Education on a Better Path?

JOHN STOSSEL TURNS OVER A ROCK: Money for Indoctrination

EGALITARIANISM IS ACCELERATING DOWNWARD SPIRAL: Why Eliminating D’s and F’s Does Students No Favors

THE AUTHOR’S ANALYSIS OF “WHAT” IS BEING TAUGHT IN THE GOVERNMENT SCHOOLS IS VERY GOOD. Of course, like most conservatives, he gets the “who” should teach the children question completely wrong. To “reform” the government schools is the same as nineteenth-century people saying we should “reform” the institution of slavery rather than abolishing it.  The New Public School Orthodoxy

The purpose of public-school education is to indoctrinate future generations into a new orthodoxy, a replacement worldview for the beliefs that animated previous generations of Americans. Sex-ed promoter SIECUS, for example, openly advertises its aim: “Sex Ed for Social Change.” This new orthodoxy is religious in nature, with its own dogmas and practices. Metaphysical claims are supported with appeals to “ancestral” and even pagan roots. California’s version of CRT (“ethnic studies“), encourages teachers to guide children in chants to Mayan and Aztec deities. Utterly rejected, of course, is anything resembling the biblical worldview upon which all of western culture developed and advanced, along with its derivative concepts: the nuclear family, liberal democracy, capitalism, and equal protection under law.

MY DEFINITION OF SCHOOL CHOICE MIGHT BE DIFFERENT, BUT “YES,” ON THE WHOLE: School Choice Is Best Antidote to Critical Race Theory

Masking is now little more than an appealing delusion. It arms us with a visible symbol that communicates our commitment to minimizing the pandemic’s damage. It makes some of us feel empowered by giving us something “we can do” in the face of a largely invisible threat. To a certain extent, this is understandable. But most of the masks worn by most kids for most of the pandemic have likely done nothing to change the velocity or trajectory of the virus. The loss to children remains difficult to capture in hard data, but will likely become clear in the years to come.

Less forgivable is the decision we’ve made as a society to shift the anxieties of adults onto the youngest members of society, who count on us to defend their interests before our own. It is thanks to the nature of this particular virus, rather than the foresight of American institutions or adults, that COVID has been relatively impotent against children. The majority of kids who have been infected have recovered without sequelae. And yet we continue to impose the most harmful and onerous restrictions on the youngest among us. While we purportedly do it to protect other age groups, empirical analysis suggests, for instance, that school closures in a given community have done nothing to slow the spread among the elderly in the same community.

When the history books are written, we will not look wise or kind for insisting that kids and toddlers wear masks for hours on end, year after year, without ever testing this policy with controlled trials. We will look ignorant, cruel, fearful, and cowardly. We might even look worse than our primitive ancestors who, when faced with great plagues, engaged in all sorts of bizarre, superstitious behavior—but which rarely included making kids suffer most.

SOMEONE NEEDS TO GIVE OUR RULING CLASS AND THE EDUCATION DEEP STATE A LESSON IN THE LAW OF UNINTENDED CONSEQUENCES AND HOW IT WORKS: Closing Schools To Protect Kids Made Them Sick

As it turns out, isolation does not put your immune system on pause; sometimes immunity follows a “use it or lose it” rule. While they were Zooming in to school, children with existing partial immunity to endemic contagious diseases missed many opportunities to be exposed again, which would have refreshed their immune systems. We ended up with the opposite of herd immunity: a bunch of kids with suboptimal immune systems.

MANY PRIVATE SCHOOLS ARE JUST AS CORRUPT AS THE GOVERNMENT SCHOOLS. Best to #JustWalkAway from them, too. Schools group ‘People of Color’ conference: ‘Burn Sh** Down,’ be wary of ‘The White People Way.’

BIRDS OF A FEATHER: Meet the Seattle Schools Woke Indoctrination Czar Who Married a Child Molester

MMM. Does this sound like something I’ve been telling your for months? You can ban Critical Race and Gender Theory all day long, but it will be taught no matter what you do. You can’t reform or retake the government schools. They are lost to you. The only choice you have is to obey or #JustWalkAway. A School Board Banned Ideology From Classrooms. The Schools Simply Ignored It.

After politics in the classroom got out of hand in one center-right Oregon town – with some students even allegedly forced to pledge allegiance to the gay pride flag – the school board sought to return to the basics by declaring that school should be politically neutral. But administrators and educators simply declined to enforce the policy, while progressive activists tried to destroy the board members’ lives, a Daily Wire investigation has found.

PUSH HARDER OR GET OUT OF THE WAY: Omicron closures surge GOP school choice push

OF COURSE THEY DON’T WANT TEACHERS TO NOTIFY PARENTS BECAUSE THE SCHOOLS ARE INDOCTRINATING AND RECRUITING: Texas School District Tells Teachers Not To ‘Out’ Their Trans, Non-Binary Students To Parents

LOOKS LIKE WE CAN ADD THE SOCIAL MEDIA COMPANIES TO THE EDUCATION DEEP STATE:  Nation’s Largest Teachers Union Wrote A Letter Calling On Social Media Companies To Restrict ‘Propaganda’ About Critical Race Theory