OF COURSE THEY DID.  Now homeschoolers are racist domestic terrorists.  MSNBC Claims Homeschooling Is Driven By “Insidious Racism,” But the Facts Show Otherwise

THIS IS WHAT THE GOVERNMENT IS AFRAID OF:  Parents Are “Sleeping Giants” Who Will Fix American Education

But public policy alone can’t fix what’s wrong in our schools. America’s moms and dads are the “sleeping giants” who will mend our broken education system. At the end of the day, parents must decide what gets taught and who does the teaching at their kids’ schools—and for that matter, which schools their kids attend.

THE SPEECH POLICE ARE ON THE JOB: Sexual harassment investigation launched into 3 middle schoolers’ wrong use of pronouns

MORE DILUTION OF A UNIVERSITY EDUCATION  These will be mandatory courses so what will they replace?  University will not let students graduate without passing a DEI course

SHOCKING BUT PARENTS AREN’T THE PARENTS ANY MORE.  Furious Florida mother sues 13-year-old daughter’s school after teachers created a ‘transgender support plan’ WITHOUT her consent because the girl questioned her gender when friends started identifying as trans

When school resumed in 2020, Littlejohn told a teacher at the Deerlake Middle School in Tallahassee, Florida, about the situation and informed her that she and her husband were not affirming their daughter’s new preferred name and pronouns at home while they were working through her feelings, and that they did not feel that transitioning was in her best interest.

Littlejohn also told the teacher that she was okay with her daughter adopting her preferred name as a nickname at school.

But weeks later Littlejohn said after one day school her daughter happily told her she had spoken with officials about changing her name, and they’d asked her which bathroom she wanted to use.

Aghast by the discussion the school had had with her daughter without parental consent, Littlejohn called them immediately and asked them about it.

She was told by the school guidance councilor and vice-principal that they could not disclose what had been talked about in the meeting, and that Littlejohn’s daughter needed to give consent by-law for her parents to be informed about or be present for future discussions.

‘My 13-year-old daughter who can’t vote, drink, or enter into any other legal contract without our permission or input,’ Littlejohn said in 2021.

Littlejohn says that after several weeks of back-and-forths with the school district, the principal finally showed her a ‘transgender non conforming student support plan’ that the school had filled out with her daughter.

GOOD.  Missouri AG will investigate school district for giving students as young as four surveys that quiz them on race, sexual orientation and their parents’ political beliefs

TRAGIC AND POTENTIALLY CRIMINAL  He was bullied in a series of escalating taunts. It started with a student harassing him about being (falsely) unvaccinated. Don’t tell me a student doesn’t get this kind of attitude from his parents. 15-year-old Latin School student died by suicide after relentless bullying, lawsuit alleges, while school turned a ‘blind eye’

LIKE WE CARE WHAT THEY THINK.  Professors on Elon Musk’s Twitter buy: ‘disastrous,’ ‘troubling,’ will make platform a ‘cesspool’

THIS IS WHAT PASSES FOR SCHOLARSHIP IN EDUCATION RESEARCH  STUDY: Whiteboards are racist because ‘they collaborate with white organizational culture’

“Whiteboards display written information for public consumption; they draw attention to themselves and in this case support the centering of an abstract representation and the person standing next to it, presenting,” the authors argue in the study. “They collaborate with white organizational culture, where ideas and experiences gain value (become more central) when written down.”

According to this argument, when students use a whiteboard to display work, they are drawing attention to themselves that may portray characteristics of “whiteness.”

UNGRADING?  Sounds more like unteaching. Why this professor no longer grades her students’ work – and wishes she had stopped sooner

Second, I was concerned with equity. For almost 10 years I have been studying inclusive pedagogy, which focuses on ensuring that all students have the resources they need to learn. My studies confirmed my sense that sometimes what I was really grading was a student’s background. Students with educational privilege came into my classroom already prepared to write A or B papers, while others often had not had the instruction that would enable them to do so. The 14 weeks they spent in my class could not make up for the years of educational privilege their peers had enjoyed.

Correct me if I’m wrong but a teacher’s job is to give students “the instruction that would enable them” to write A or B papers.

Sounds a lot more like indoctrination than a biology lesson.

On the board, I write the statement, “We get half our DNA from our mom and half from our dad.” On the surface, this may sound like a truth pulled straight from a biology textbook. I ask students to consider whether the statement is inclusive—does it apply to every person?

Students are able to express who is not included in this statement, namely children who are adopted, same-sex parents, single parents, and children conceived with a sperm donor. Not every child has exactly two people called ‘mom’ and ‘dad’ who share DNA with the child. I explain to the class that although every human is conceived from an egg and a sperm, families are diverse—all families are valid.

Similarly, we consider the statement, “Men produce sperm cells and women produce egg cells.” Students know that this is sometimes not true for people who are older, infertile, or transgender. (I add that individuals with intersex traits also may not produce egg or sperm cells). I ask, “Do transgender men count as men? Do infertile women count as women?” and students agree that they count. I highlight the difference between gender identity, which is self-determined, and various measures of physical sex. To conclude, our class agrees on a certain term, usually “biological parent”, to refer to someone who passes on their DNA to the child via an egg or sperm cell. 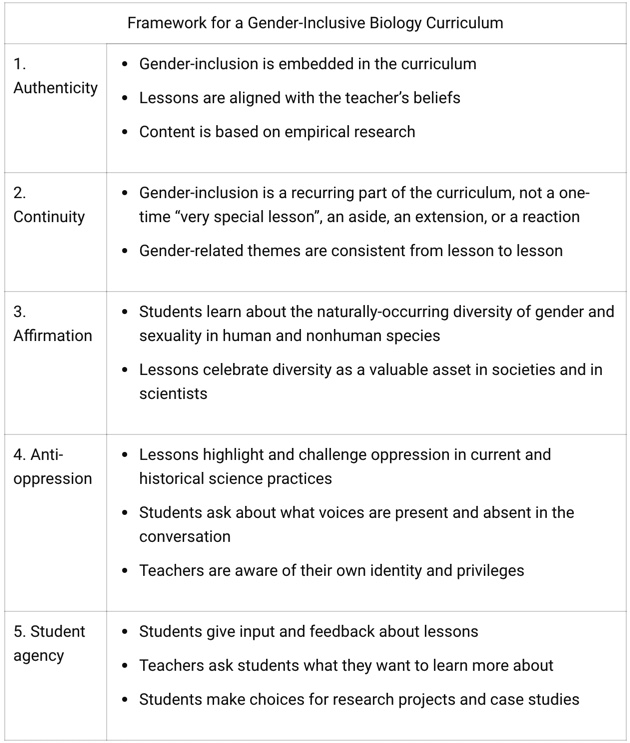 Under this proposal, faculty would be required to include “anti-racist” principles in their curriculum.

Section 53602 of the proposal states that employees must demonstrate proficiency in DEIA competencies, as it will be taken into consideration as a “minimum standard” in the evaluation process for their performance and tenure reviews.

WHO’S THE WOKEST OF THEM ALL?  Canadian university advertises for tenure track research chair in its Faculty of Environment – but only women or people who identify as transgender, non-binary or two-spirit are allowed to apply 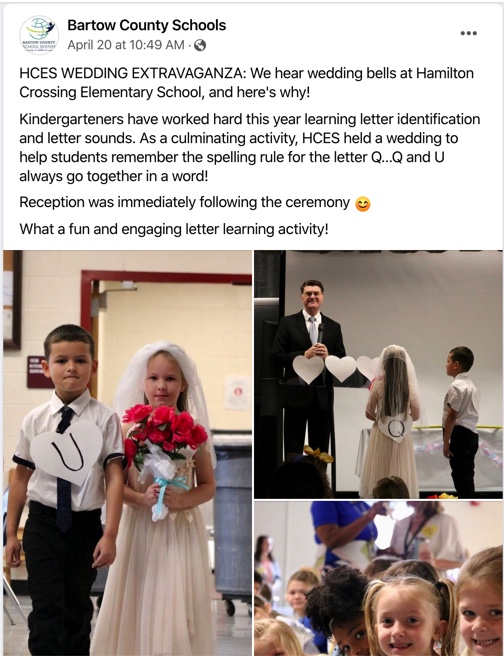